Well it is now possible to specify an expected HTTP status code (other than the default 2xx), in the same place you could specify a string to search, the tooltip has been changed accordingly: 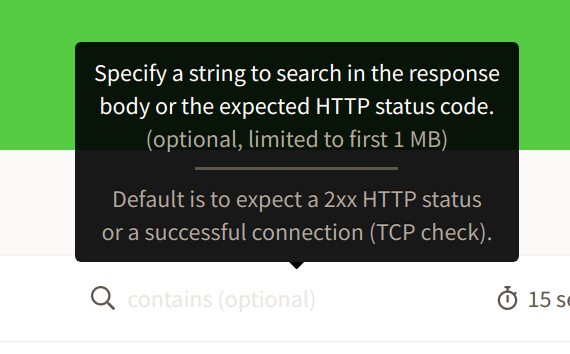 This can be useful if you need to monitor an endpoint with a non 2xx status but which doesn't return any body (or not stable enough to match on). The error message will be the same for now: UP/DOWN (short version) or "Couldn't find the configured string" (long version) because it's simpler. I'll see about changing that a bit if it creates confusion.