Save screenshot in JPG and PDF 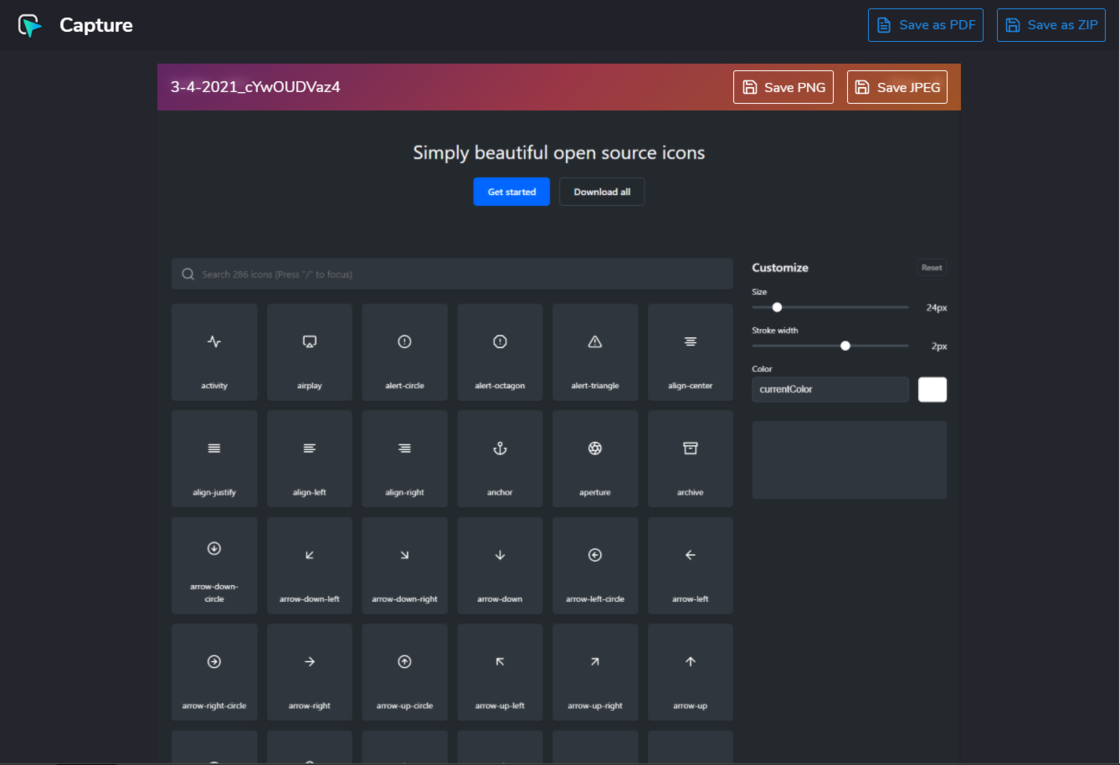 This update brings new tool to the arsenal. It can be accessed for the menu and managed in the settings. It contains following features-

Clear cache, cookies and local storage of particular origin or all the origins.

Quickly fetch all the meta tags from the site. And copy individual meta tag or all at once.

Goes through currently active page and finds spelling mistakes. Please note that it only supports English. Dataset used is not perfect so it may detect correct words as mistakes. Please report in such case.

Hoverify is now available as an experimental version on Firefox with all the features expect screenshots.

Copy only changes and selector

Now you can copy changes and element selector from a docked window. 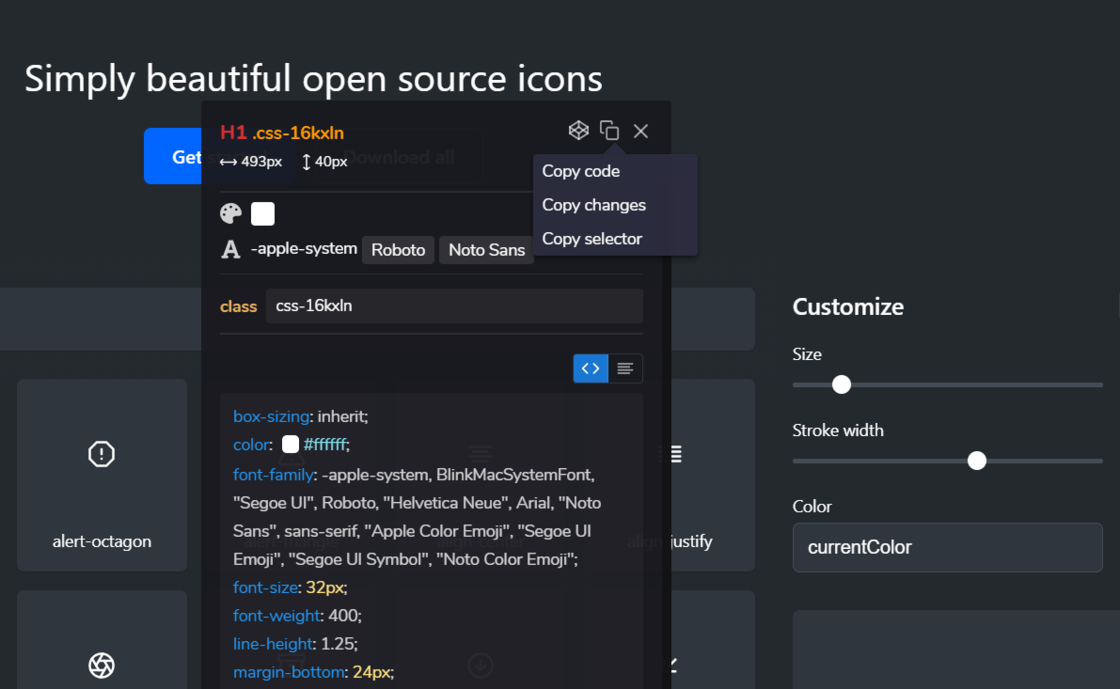 Just type the google font name in the style editor with the properties font, font-family and font-weight. it will be automatically added.

By default, Hoverify injects itself to IFrames in the pages. This can be problem in some use cases. So you now you can toggle ON/OFF IFrame injection from settings.

Hide/Remove tool now supports IFrames and all the elements are properly added to toolbar.

Hide/Remove tool use to persist all the changes done to page. This feature was found to be really confusing and was very unstable. It has been removed for now.

Size of Image/Video in Assets

Asset made it really simple to retrieve assets from the page and now it also shows you size of Images/Videos extracted from the page.

Now you can inspect color palette listed visually. You can simply click to copy colors.

Use fonts tools to browse fonts used by site. 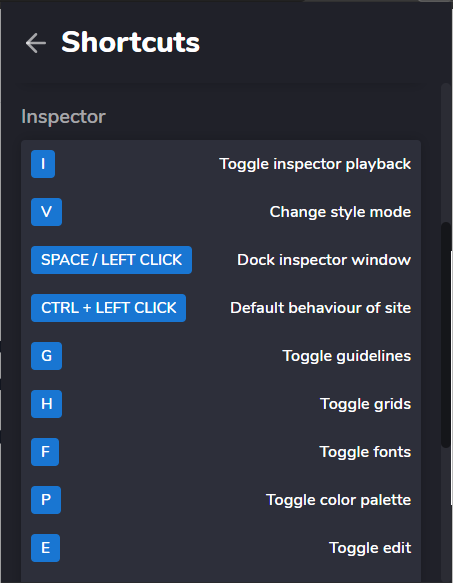 Built with showed a lot of information about page except where it was hosted. Now it does that too! 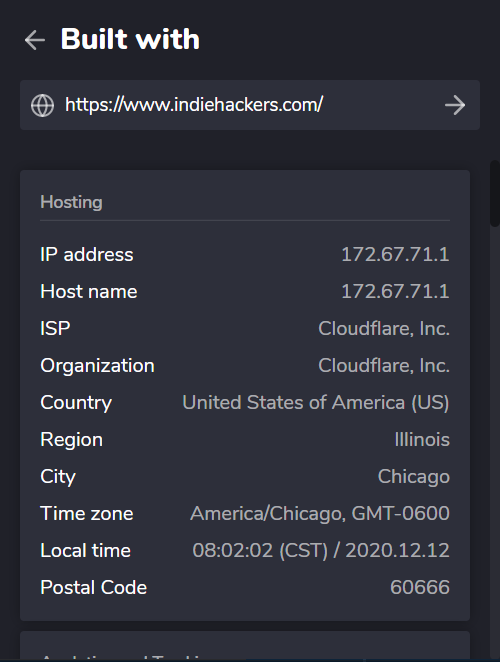 When you hover over <IMG> or <VIDEO>, the inspect window tells you the size of the media. 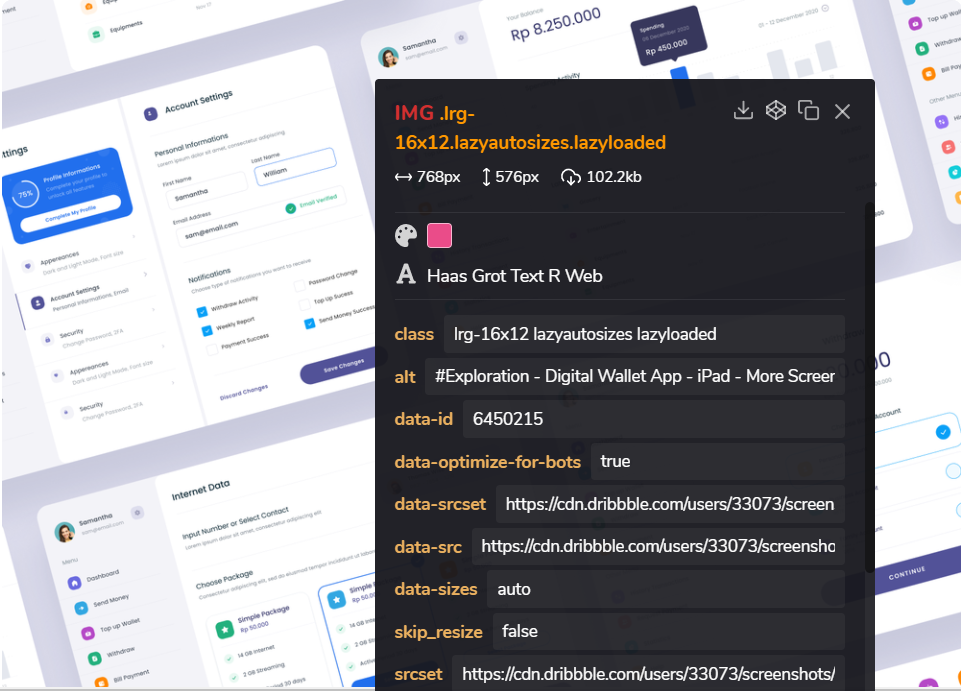 Now you can use inspector in IFrames with same origin on the page. There is no duplication of toolbar as previous implementation had.

Some critical bugs in inspector where fixed in this update. Here are some of them-

One of the most called-for feature is here. Seize screenshot of full page by just going to the right-click menu or Hoverify's drop-down menu.

Since full page screenshot is here, I decided to improve shortcuts making them more accessible. Here are new Tools shortcuts-

When Frames are enabled in Responsive mode, IFrames do not resize, giving you accurate dimensions.

View styles according to there selector. This is also applied to media queries. Please note that styles in selector mode are not editable.

You can toggle device frames on some devices. Some new devices were also added, To get them you have to reset devices from device manager.

Save All Images in Screenshots

Screenshot have new option to save all the screenshots at once in a zip file.

Performance Improvement on Some Sites

I found a bug were Inspector was duplicating stylesheets incrementing number of rules that inspector have to loop through. This update addresses this bug improving performance on some sites.

Last update introduced a basic Iframe support for Inspector. It was found that it created some feature breaking bugs in Color Eyedropper as well as Inspector itself. It is now removed temporarily and will be introduced in next update.

Since you don't see inspector window in Edit mode, Search mode and Hide/Remove mode, It is harder know what element is selected. Therefore I added small tag name badge to the element highlighter.

No more get annoyed by typing URL in Responsive mode when you open it from a website.

Hoverify injects itself to all the frames in the website. Although you will see multiple toolbars (one for each Frame). This will be fixed in future updates and you will only have one toolbar to control all the frames.

Inspector mode got big update in this release. Re-writing was mainly focused on providing better support for Visual Editor which will be added later this month. This update also brought better support for pseudo classes, pseudo element, animations and media queries. And did I mentioned that you can also edit them!

When you export to Codepen, Now html of children as well of there styling is also exported.

As Hoverify is getting many users lately it can be difficult to manage your activations across all you licenses. So now you can provide a Device name which can used later for identification in the license manager. You can provide device manager either from the settings or the license manager. Hoverify will also ask for Device name at the time activation.

Responsive mode had lot of issues. The biggest one being include of external file. So I re-wrote the whole mode and fixed a ton of issues. Now you don't need to include any external files to your project. it will now automatically sync scrolling and click events. 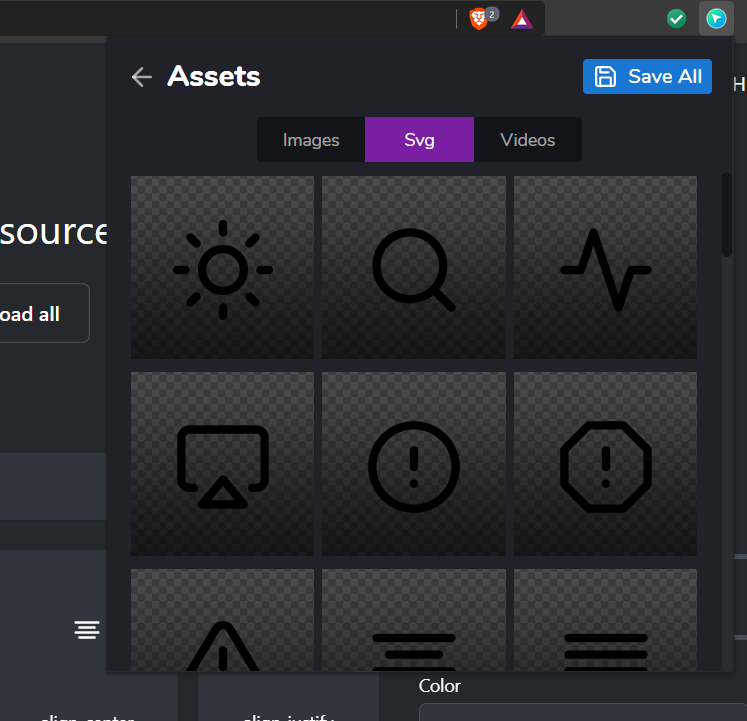 Bunch of bugs in inspector were fixed.