One thing we've seen as companies roll out frameworks is that you tend to end up with various teams that are either false starts or templates to build other teams from. Also with a staged rollout, having 'half finished' teams visible to existing team members is not ideal.

We wanted to make it easier for admins to manage what people could see, especially if their content creation wasn't quite finished yet. We've now done that. 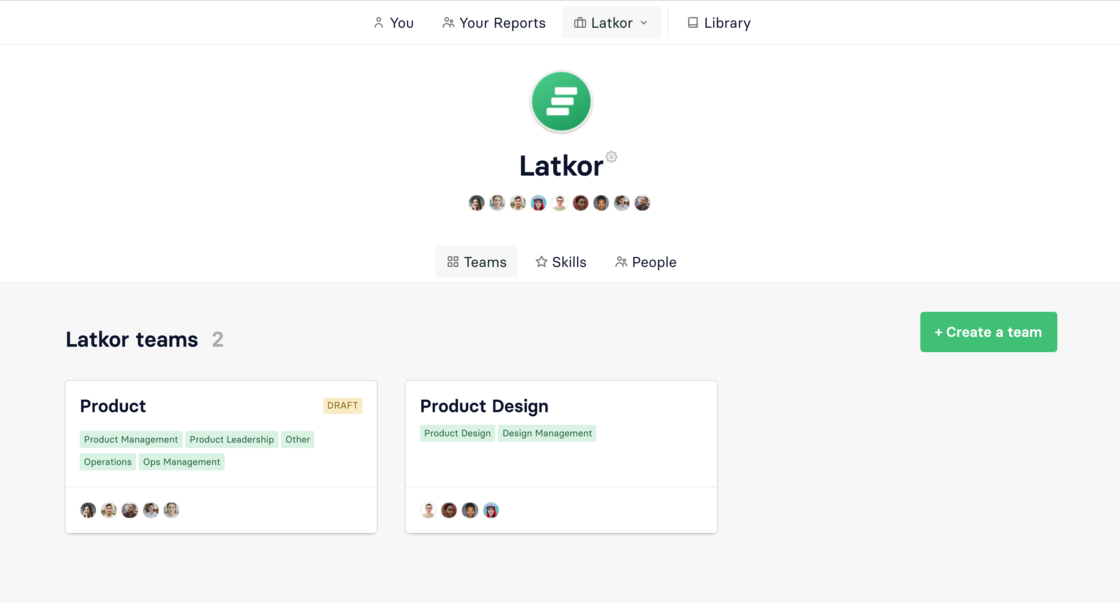 This week we rolled out draft teams. What this means is that org admins can happily build out new teams in your organisation without revealing them to people already using Progression.

This is great for not only preparing your content upfront and signalling when a framework is truly 'done' (no more adding [WIP] to your team names!) but also adding new versions of your teams as you go along.

It's now easy to duplicate an existing team into a new draft, make any changes you need to and then simply move people across when you're ready.

Positions in draft teams won't be available for people to check in against, or compare against, keeping all your work in progress safely under wraps. However if you make a team a draft and people are already on it, they will still have visibility.

You can read more about this feature in our help article.