In the spirit of Christmas, and a farewell to 2020, we’ve decided to launch some exciting new updates to PASS Tools. Many of these changes are behind the scenes updates meant to improve performance but there are a few significant changes we wanted to make you aware of before they show up.

A lot of the focus of this update has been on areas that effect performing and managing inspections, so let’s take a look at what’s happening.

Navigation One area of the inspection flow that we’ll be updating is the navigation. Before the main way inspections were navigated was by a pop-up modal window, that was organized in a “Section > Equipment > Pages” hierarchy. While this structure made sense in theory, it could also be confusing and off-putting to new users. 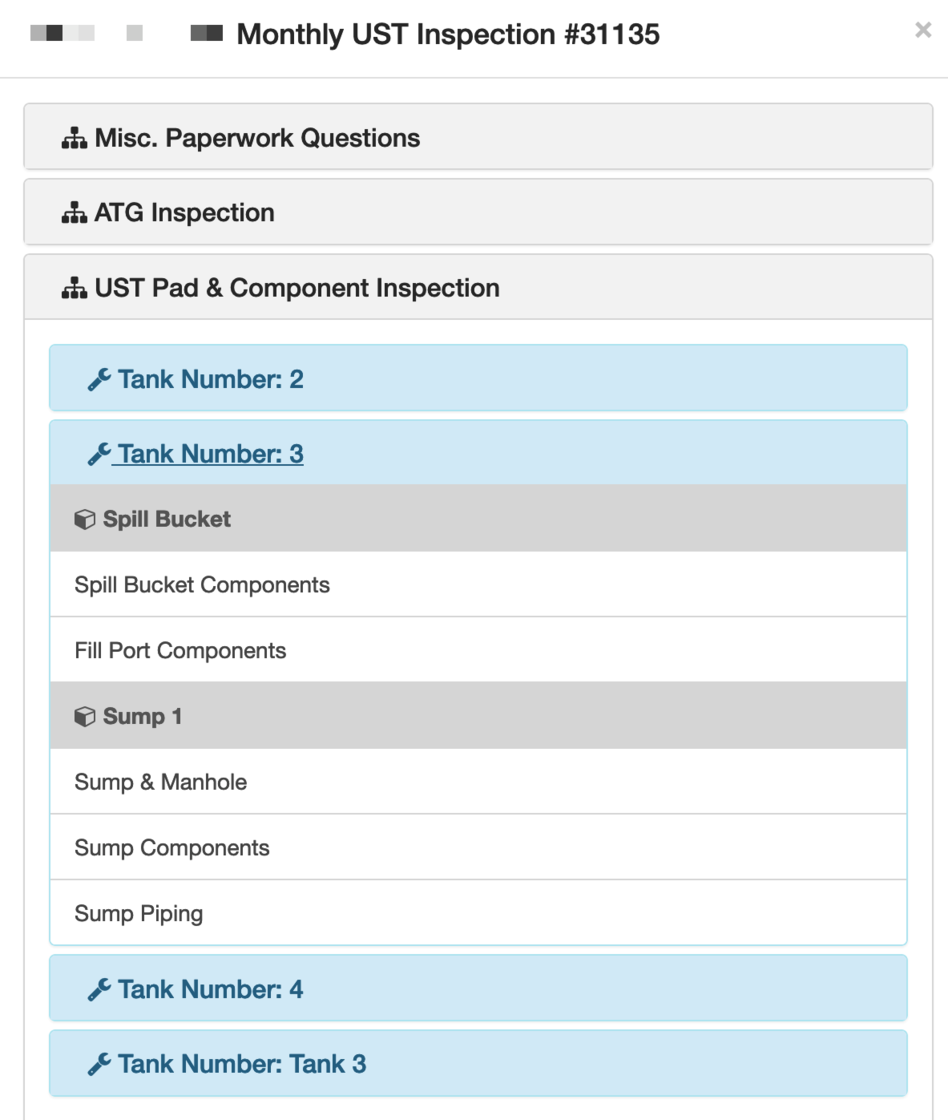 With that in mind we’ve changed the navigation to a simple dropdown field that’s located at the top of every page. It’s still ordered in the same hierarchy but is more clearly laid out, making it easier to jump to exactly where you want to go. We’ve also added back the “Backward” and “Forward” buttons 🎉

We’ve also added some UI elements to help indicate your progress including a progress bar, completion icons in the navigation, and easier ways to document and resolve action items during an inspection.

We’ve improved and expanded our ability to defining testing thresholds and collect readings/measurements of them. We can now define thresholds that require the reading to be:

The types of data that can be collected and evaluated as a reading include:

Thresholds can be defined on a per-equipment/component basis as well as defined as a constant value.

Equipment can be comprised of one or many components, and when applicable equipment can have multiples of the same components. This isn’t much of a departure from the way the system worked previously, we’ve just more clearly defined this relationship and now also allow for components to be retired when necessary.

PASS Tools has always allowed us to define and collect custom metadata about facilities, but with this update we can now use that metadata to dynamically drive inspection content and generate action items!

All of these updates are expected to be deployed on the weekend after Christmas, but given the significance of some of the changes it may require some downtime. With that in mind we expect PASS Tools to be unavailable for a portion of the day Friday, December 25th, Christmas Day, as well as potentially a portion of the following day, Saturday, December 26th.

For a more details on the exact timing and length of this downtime you can subscribe to status updates on our status site.

Last night we deployed an update that allows you to bulk close or resolve action items.

These options can be found under the same bulk update button that allows you to merge, update, and assign action items to work orders.

For more information check out our support site, or contact us to learn more.

Today we've rolled out a nifty new feature we are calling check-ins.

Check-ins are a simple way to track the duration of a visit to a site, particularly if a person or third-party is performing some kind of service outside of PASS Tools, but you'd still like to track that visit’s duration.

Check-ins are viewable and editable by anyone who you share the public URL with, and doesn't require the person to login, so make sure you only share them with people who you trust to complete it properly.

This feature is available for paid "for Companies" accounts as well as Managed Service Providers.

For more information check out our support site, or contact us to learn more.

Overnight we rolled out a significant update to how notifications work. In addition to receiving email notifications you will now also start receiving pertinent notifications within PASS Tools, just look for the bell icon in the top right corner next to your name.

More info about notifications can be found on our support center, but if you have an questions or run into any problems please don't hesitate to reach out to our support team.

Sliding into the weekend we also decided to push out some additional updates for managing multiple action items.

From a facility's action item screen you can now select multiple action items and quickly create a work order with them attached.

Action items that belong to the same facility and piece of equipment can now be merged if you desire.

Yesterday we launched a visual refresh to our notification emails. You may have already seen/noticed this change in our account-based notifications (Password resets, confirmations, etc), but we've now rolled it out to all other notifications.

This afternoon we deployed an update to our PDF viewing/editing tool. If we've done our job right you should only notice a nice, modern UI refresh and some performance improvements.

If you notice any problems please let us know.

Earlier this week we quietly introduced the ability to bulk update action items. Doing so is pretty straightforward, so let's take a look at how it's done.

If you have any futher questions on how this works, please feel free to reach out to our support team.

This afternoon we snuck out a great new Company-level report.

This report is designed to give you a quick view of all service plans across your sites that need some adjustments. You'll quickly be able to identify sites that having inspections/services that are:

To check it out just visit any company's Report section, scroll down to the 'Inspections' section, and click on 'Facility Service Plans Needing Attention'

If you have any questions or feedback, contact us! 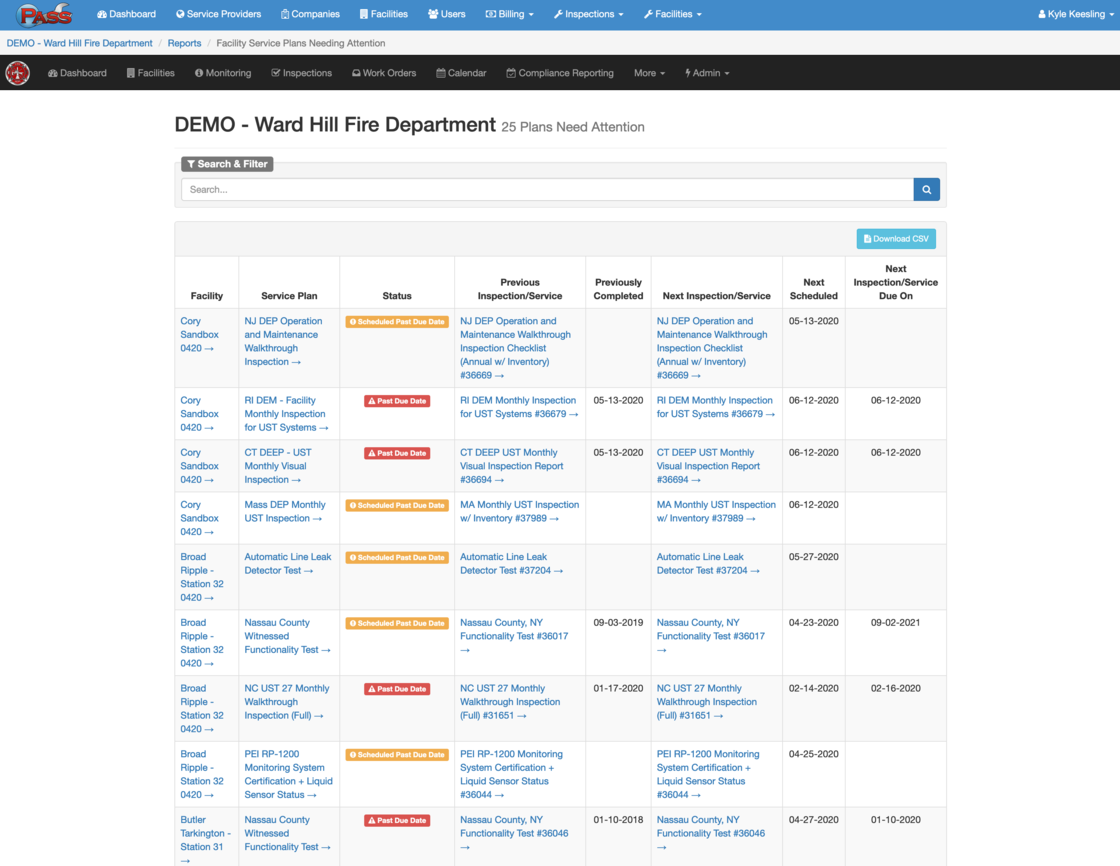 The Compliance Report Calendar is a paid feature of PASS Tools for Companies. It's designed to give users an easy, intuitive way to visualize their the compliance data, and quickly pinpoint and fill gaps in that information.

For more information please refer to our support article and contact us to learn more! 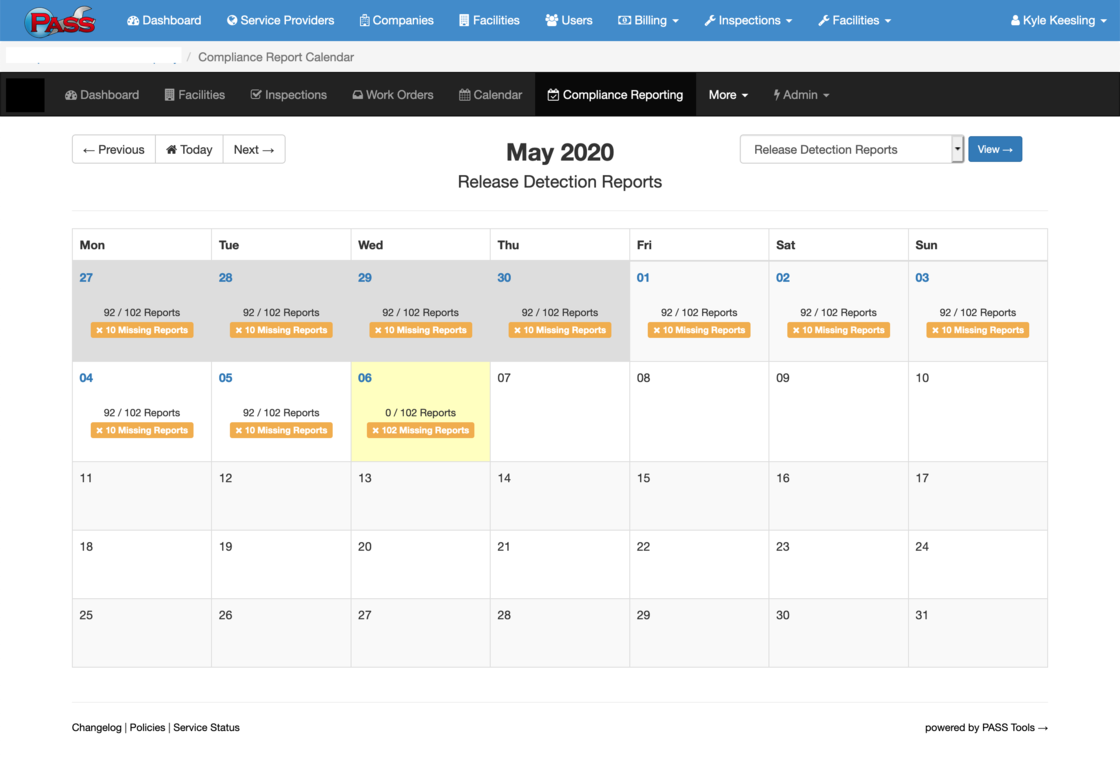