The Chatbox Greeting feature was just improved with a new design, showcasing the name of the bot and more slick animations to integrate better with your page.

You can also add up to 3 Quick Action buttons to your custom greeting popup, to help guide and engage your visitors.

You can read more about this new feature here: https://docs.csml.dev/studio/channels/webapp/chatbox#adding-a-custom-greeting

If you already use the Chatbox on your website, you don't have anything to do: next time you connect to the page where the Chatbox is integrated, you will see the brand new design! 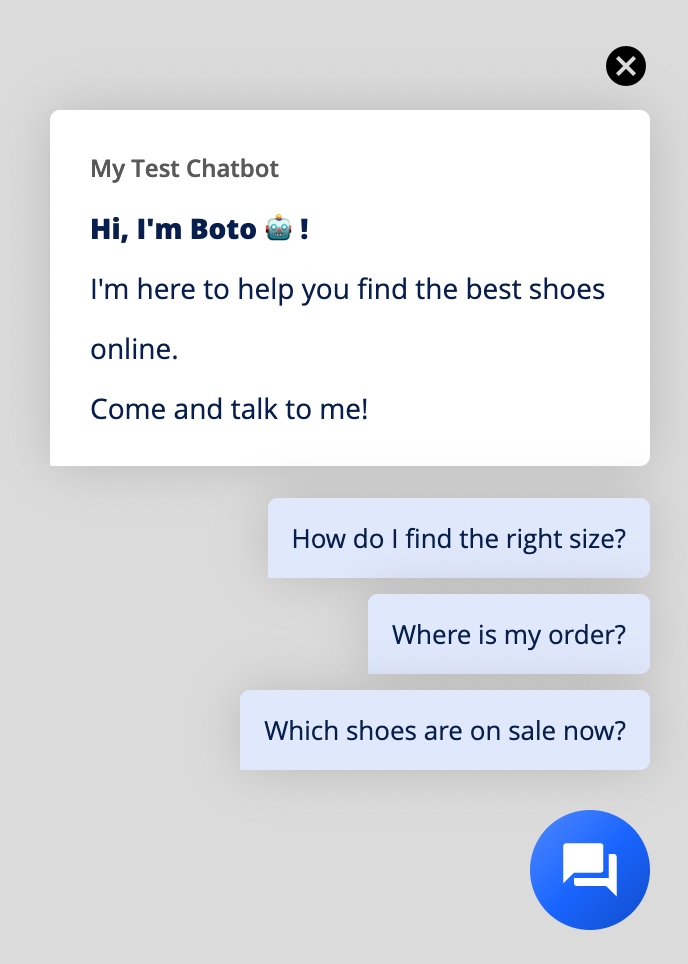 The new 1.10.0 release of CSML is packed with powerful features to make you even more productive when creating your chatbots.

The most important feature of this release is the new modules system. You can now create a module and import it across multiple bots! You can use any public module that we publish, or your own modules that you can open-source for others to use, or keep private for your own usage.

Modules makes it easier to write more concise code and reuse snippets across multiple projects. It also makes it easier to maintain code by letting you update your code in a single place instead of duplicating code across all your chatbots. It's perfect for logging or analytics libraries, generic utilities, etc.

We have created a sample repository containing a few useful modules that you can start using today in your chatbot.

CSML Studio lets you easily declare modules that you can then import in your chatbot very easily. Give it a try!

You can now define immutable values that will be available across the entire flow using the new const keyword.

This is especially useful for cases where you need to define common context or configuration for a flow that will apply in any step of that flow, regardless of any memory or user-defined scenario. const values are immutable: once defined, you can not change or reassign them!

The new hold_secure behaves just like any regular hold, except any user input that follows it immediately will automatically be secure, meaning that it can not be saved in memory and can not be displayed.

You should refrain from using it to ask users for their password but it can be interesting to use as a way to share short-lived secrets or simply to prevent misuse of data that should simply not be stored in clear text in server logs or memory such as PII (Personal Indentifiable Information).

Additionally, CSML Studio provides a password input form that will automatically behave as a secure input method, using exactly the same mechanism (which is also available via the CSML Engine API):

Among other new features, bugfixes and improvements, I wanted to

Previously, CSML was unable to parse the body of HTTP responses in other formats than JSON. You can now safely query any xml or simple text-based API with CSML and retrieve the response accordingly!

The .get_info() method when invoked on the response object also lets you access the metadatan including the full response headers.

You can now use the more common { ... } syntax to delimit function scope, in addition to the previous :-only syntax.

And many, many more small improvements and features. Make sure you check the release notes for the latest release!

We have just released CSML v1.9.0! Although this release mostly comes with internal improvements, there are a number of new features that we would like to highlight here.

In this release we have entirely redesigned the language parser, which comes with massive performance improvements (up to x100 parsing speed in very large files). The syntax remains the same, but CSML developers working on large chatbots will definitely love it!

We have added a few useful helpers to the String and Array types:

You can read more about String and Array methods on the CSML docs.

ARM-based architectures are trending, and we made the necessary improvements to natively support those! All our builds are now compatible with ARM machines, even with Docker. If you are using one of our pre-built binaries (available on the Github release page), make sure to select the right version for your architecture!

For those running CSML on their own machine rather than on CSML Studio, you may be interested in the new log verb that allows you (in conjunction with the CSML_LOG_LEVEL environment variable) to print debug data to the logging output file of your setup.

The new syntax goes as follows:

Allowed levels are trace, debug, info, warn, error. By default, CSML_LOG_LEVEL is set on error level, but you can also disable it by setting it to an empty string like so CSML_LOG_LEVEL=.

(This feature is not available to CSML Studio users, as the server logs are not publicly accessible)

The autocomplete feature helps your chatbot provide a list of up to 5 items that are contextualized to what the user is currently typing. Think of it as quickly hitting one of the first Google search results!

Autocomplete can be configured in your webapp's settings panel. It can also be disabled/reenabled programmatically in your CSML script with the following syntax:

To configure Autocomplete, you need to have a backend endpoint that will handle the requests and respond accordingly. Read more in the CSML Studio docs!

We have just released CSML v1.8.0! This new version is PACKED with super useful features that we are extremely happy to finally share with you today. Let's do a quick roundup of all the new stuff!

This one is certainly one of the most requested features of all times, and for good reasons. You can now use standard while loops to iterate over any type of data (and not just arrays as was previously possible using foreach):

Another very useful feature that makes it trivial to replace part of a string with something else, which was previously quite hard to achieve in pure CSML, the .replace() family of string methods (which include replace, replace_all and replace_regex) are also part of this release.

Yes, that's the name of the operator that lets you perform an operation at the same time that it assigns the result. For example:

One of the feedbacks we sometimes had was that it is not always easy to concatenate strings together. It has always been possible using string interpolation, but the syntax is not too easy:

You can now use the + sign to do the same thing:

Add and subtract time from a Time() value

Obviously, one of the most common needs when manipulating times is to add or subtract time, for example when comparing two dates. The .add() and .sub() methods do exactly that:

Get local flow context in conversation

The _metadata global variable now has a new read-only inner property _context, which contains information about the user's current whereabouts in the flow. This object contains 2 new properties current_flow and current_step, and 2 optional properties previous_flow and previous_step that are only set when the user comes from a different step or flow (i.e after a goto).

Check if a variable has been set with Exists("var")

Last one for today: we have introduced a new built-in function to check if a variable currently exists in the bot's memory. This is useful for checking not only if the value is a null/false/empty value, but if it exists at all!

The team has been busy making a lot of other improvements and features that may also interest you, so make sure to check the release notes, and please visit our Slack if you have any questions!

One of the most common requests we got recently was: how can I save or access data in my own database? Until now, this problem involved building a custom API in front of the database, which is a complex and expensive workaround, requiring a lot of boilerplate code, and hosting as well security considerations. 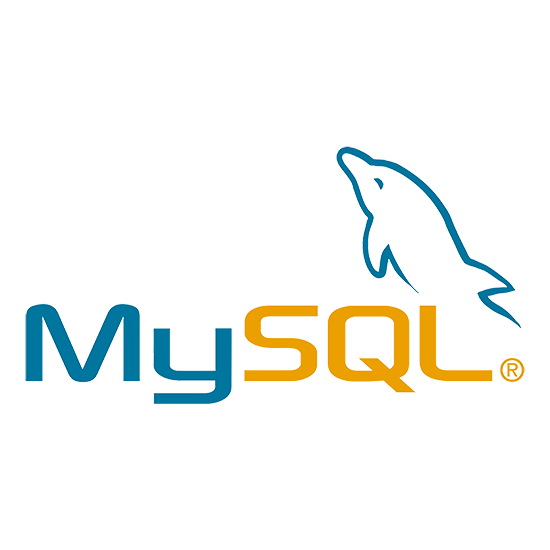 To solve this issue, we are releasing connectors with some of the most used open-source databases: MySQL, PostgreSQL and MongoDB. 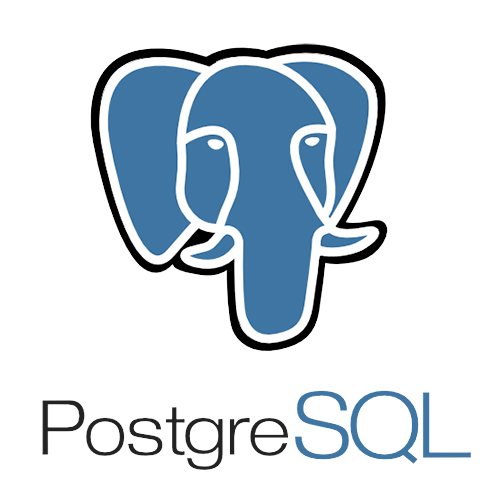 You can install the corresponding apps for free in CSML Studio, which let you save data from your bot into your database, or retrieve your own data for use in the bot, without any added complexity. 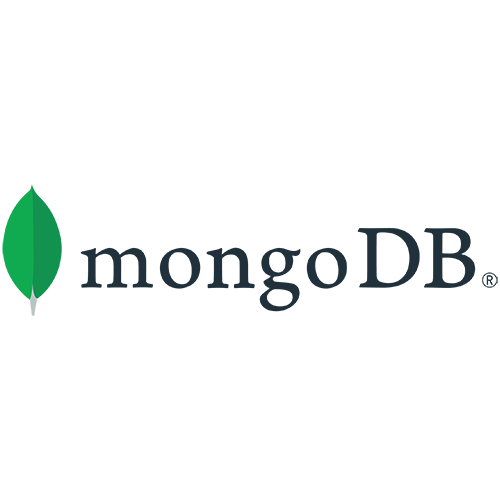 Find out more on how to integrate with your database of choice:

You can now easily build chatbots for Telegram with the new Telegram channel on CSML Studio!

Telegram is one of the most popular messaging apps, mostly known and respected for its security. Chatbots are a very powerful part of the Telegram experience, with very wide integration capabilities! As well as a new Channel, we are also launching a new Telegram CSML App that lets you integrate with all Telegram APIs directly from your CSML code.

We are very proud to announce that CSML Studio is one of the very first chatbot platforms to let you deploy chatbots for Instagram! 🎉 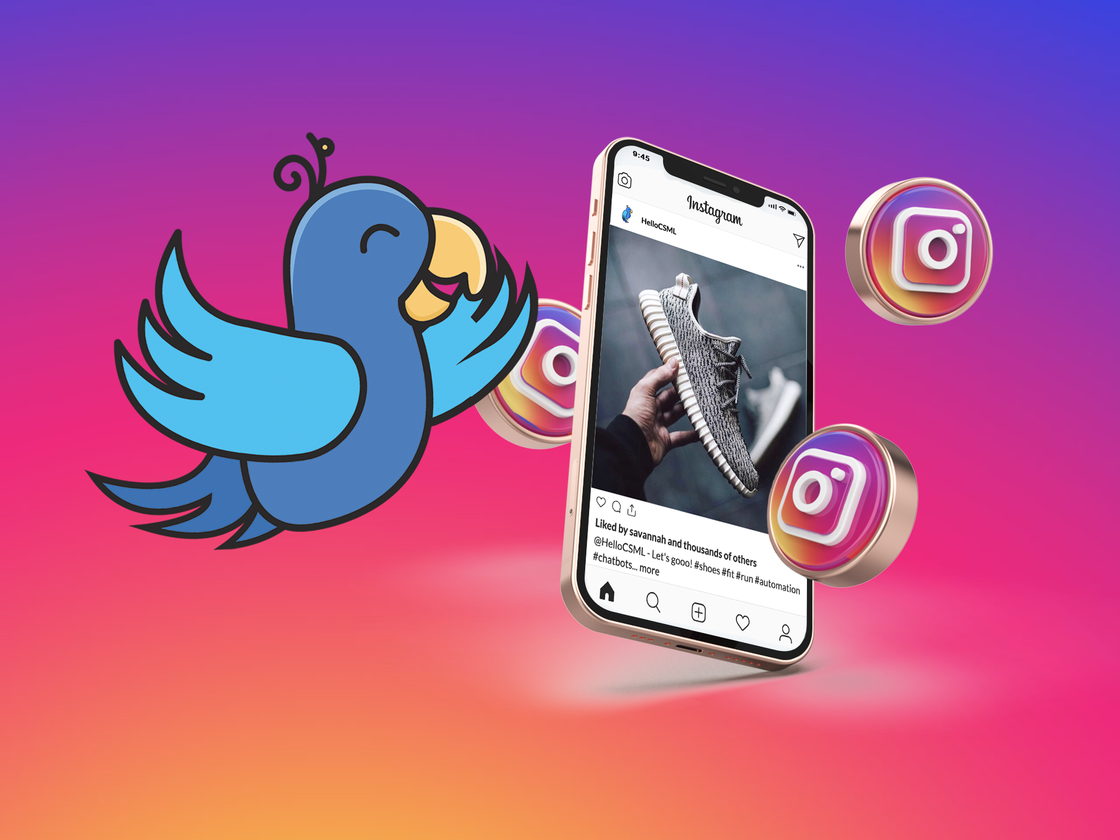 CSML Studio offers full compatibility for Instagram accounts with at least 1,000, up to 100,000 followers, as part of Facebook's rollout of the Instagram APIs. You can now use CSML Studio to automate responses to customer chat requests and stories!

You can now use CSML Studio to automatically respond to SMS messages with the new Twilio SMS integration! This channel will process incoming messages and forward them to your bot, letting you easily automate any type of SMS conversation. 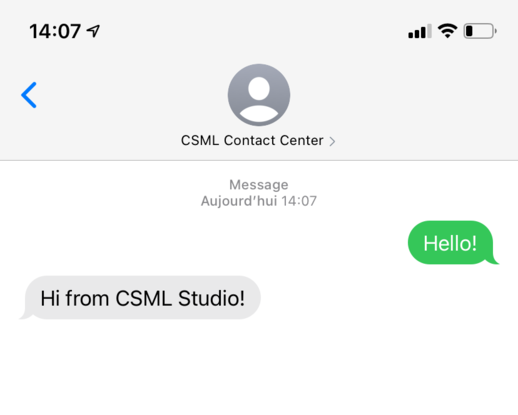 Get started with a SMS chatbot using this installation guide.