We've added common actions as right-click actions to speed up your workflow. 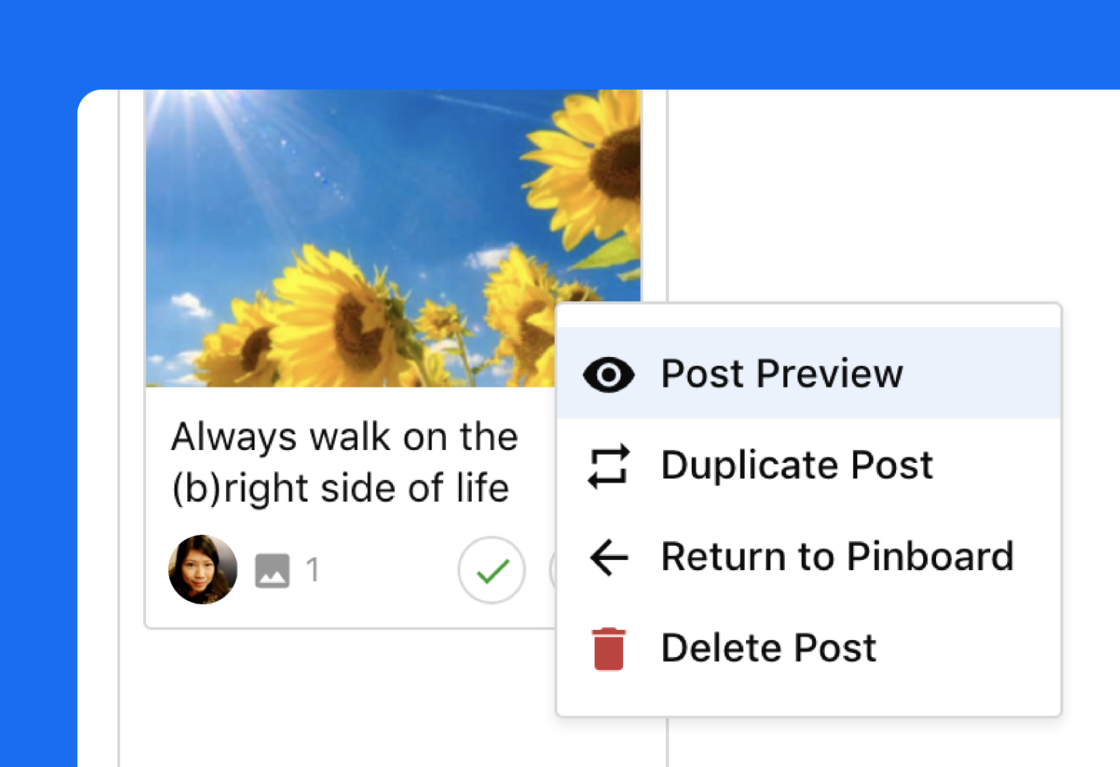 Failed posts suck. We get that. However, when something does go wrong, we've now made it much easier for you to see which posts are affected. You can also retry the post and see the cause of failure. 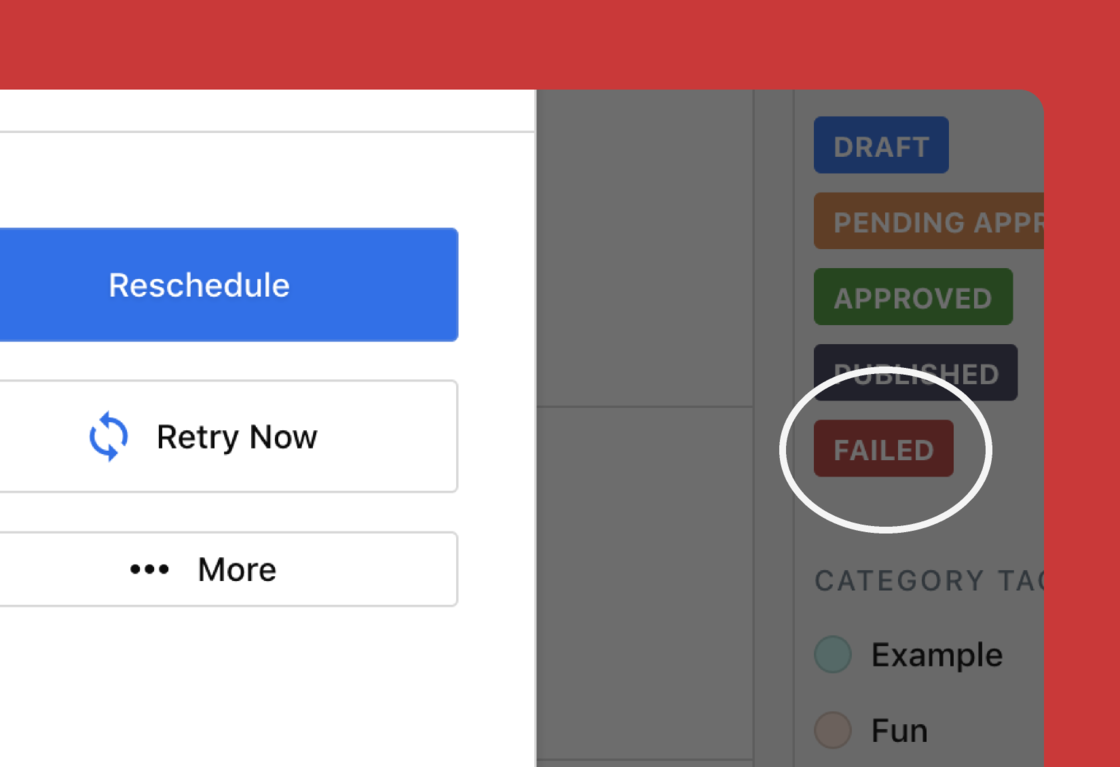 Quite a few of you have been in touch with us to make multi-calendar posting more flexible. From today you will be able to exclude adding the post to the active Calendar. Simply untick it from the existing options. 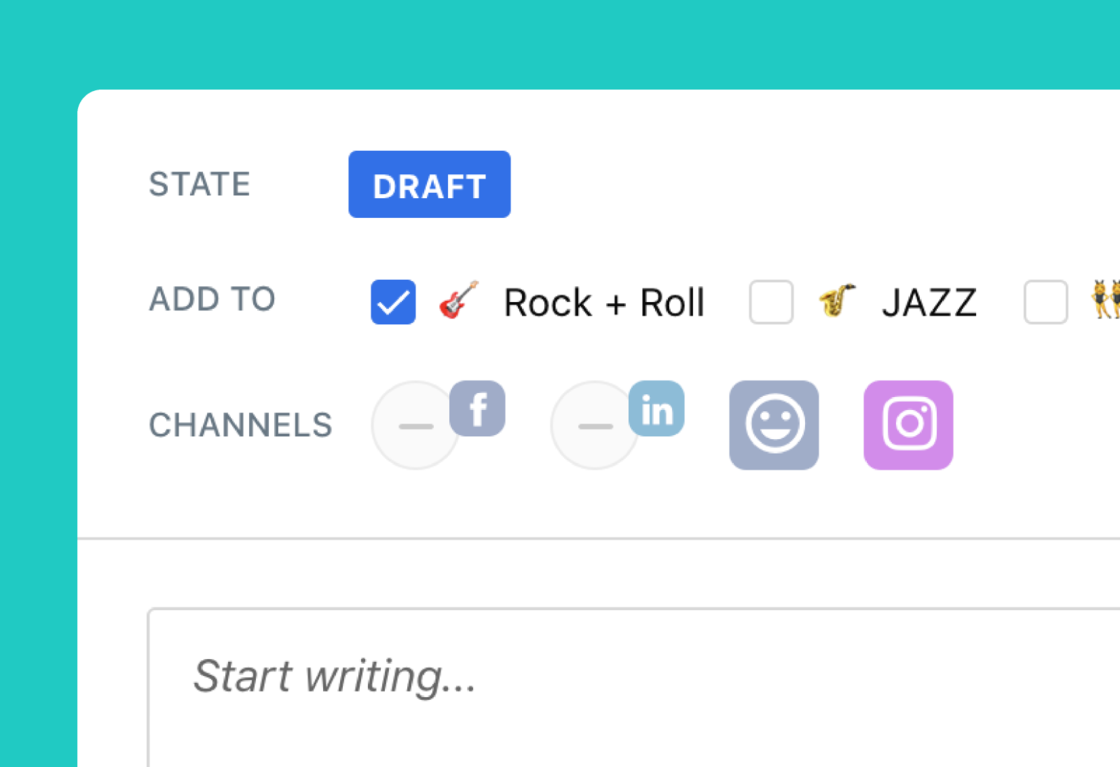 Since social networks have their own preferences to which it dominant from a Link Preview and attached Media, we now provide much clearer UI to help you know this. Look out for the new 'Replace' buttons.

Better Send All For Approval action

We've fixed some issues where posts wouldn't clear if there were lots of them, resulting in you having to press the button multiple times.

Prevent Post Modal from being closed if clicking outside the container

We released this early, but here's a reminder!

Ordering Channels with drag'n'drop (in Setup)

We released this early, but here's a reminder! (more below)

Hover states on graphs showed incorrect information. We've sorted this out ahead of some more Analytics maintenance work we will be doing very soon.

Don't see the updates? You may need to refresh the page.