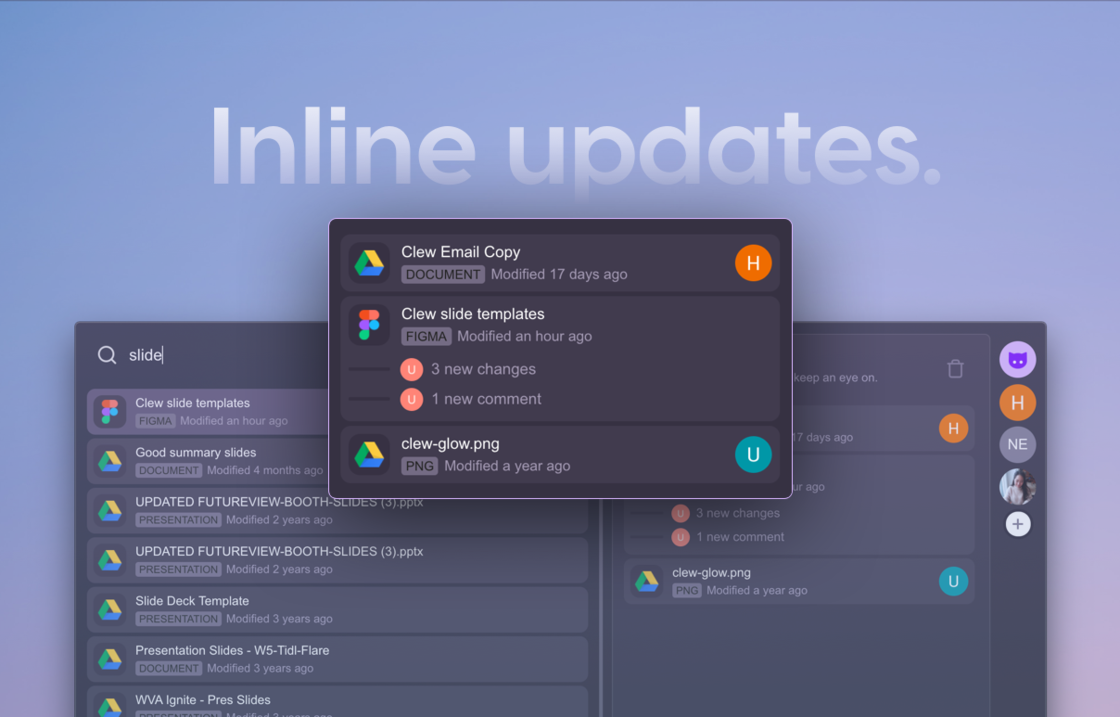 🆕We're releasing the first preview of pin updates. Your pinned files will now show you updates and comments that happened on files since you last opened them. The feature is now available for Figma and will be available for all relevant integrations soon!

🐞Some older versions of the app sometimes showed several app update notifications at once. This was absolutely not our intention and it's been fixed in this version.

Note; when upgrading to this version you may notice that your existing pinned files may disappear. Apologies for the inconvenience in advance! We made some major changes to how pins work in order to support inline-updates and we had to abandon the old pinning system to make it happen.