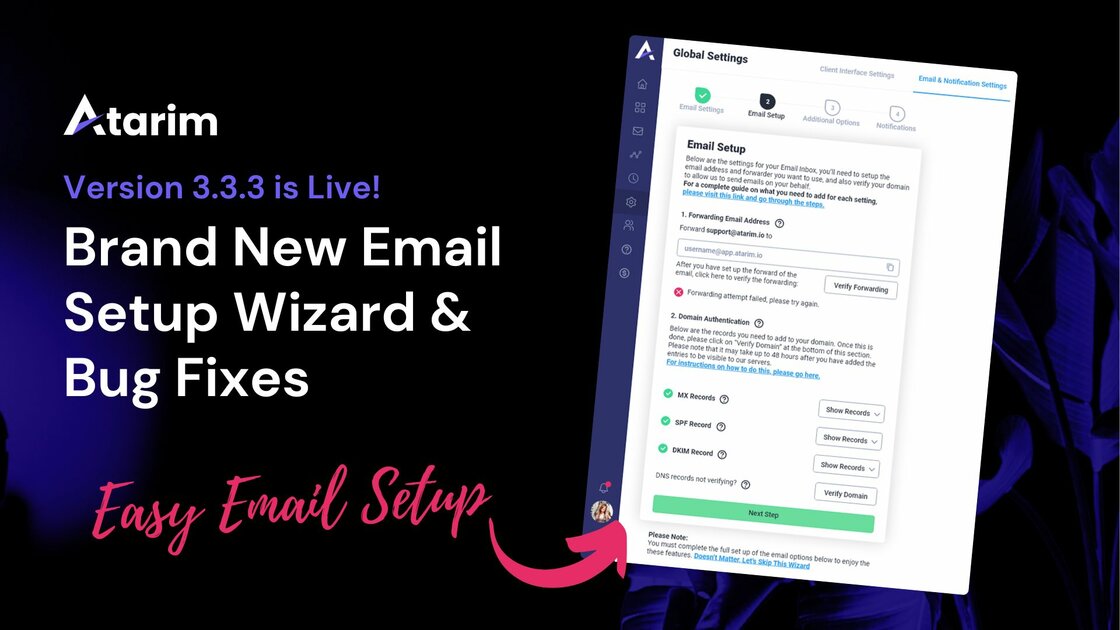 In an effort to make the Atarim Email Inbox a better experience, we have created a setup wizard! This takes you through each step to ensure you know exactly what's happening and how to get everything working.

To access the email wizard, you can get started on your settings screen here.